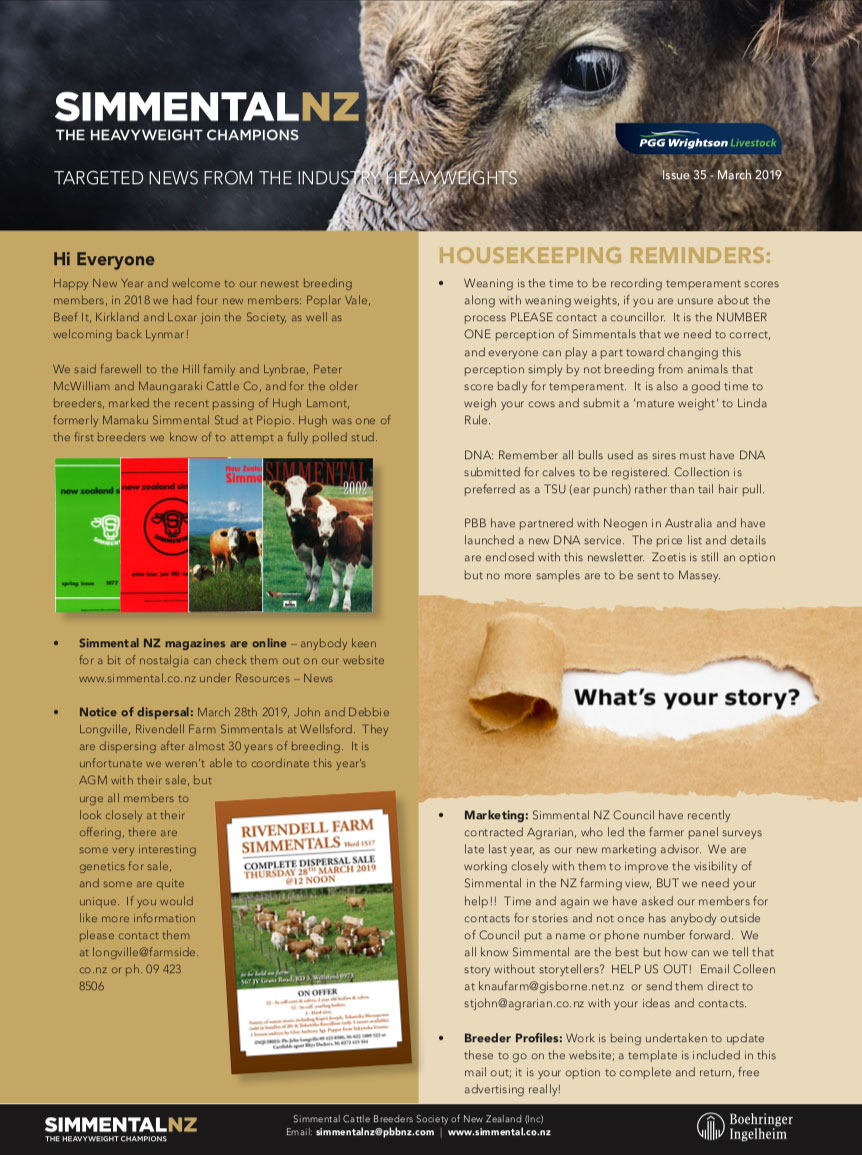 Nine Simmental bulls from six studs have been benchmarked against 44 other bulls and breeds. The testing is run on 5 commercial farms (not research stations or stud farms) and a variety bulls have been used over about 2,000 cows for the last 4 years. Simmental are well known to be a great option for … Read more

The 4 million visitors a year to the idyllic Cornwall Park Farm in central Auckland can now be sure they’re seeing some of the best farmed livestock in the country, after the farm’s cattle won an award in the recent Steak of Origin cuisine competition. The produce from the beautiful and docile Simmental cattle, which … Read more 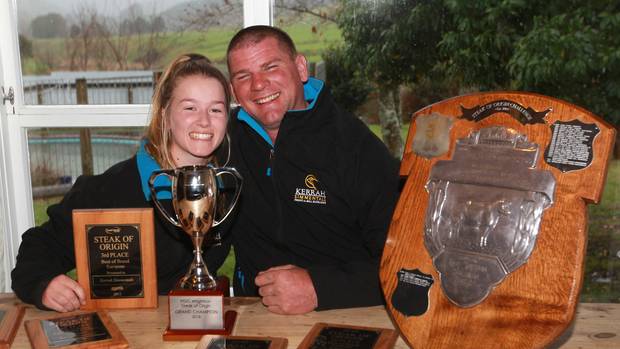 It’s raining, coldish, muddy with a bit of what cattle do — every reason for a townie to stay inside. But for Northern Hawke’s Bay farmer Jon Knauf and daughter Lauren the elements are barely anything to bat an eyelid at as we venture outdoors to get a look at the weaner cattle in the paddocks … Read more