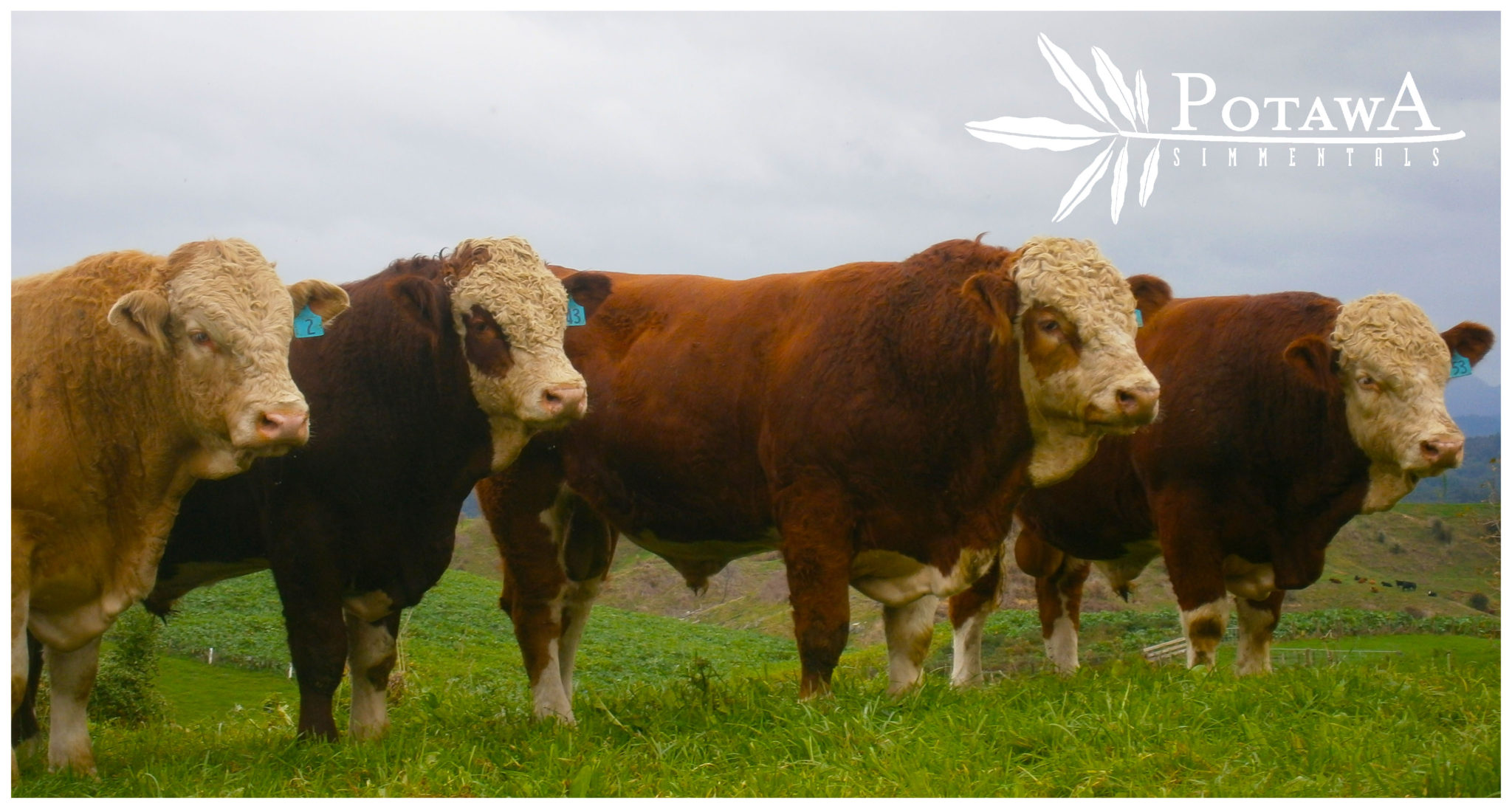 Potawa is focused on producing balanced sires with moderate birth, good growth for both yearling and 2 yr cattle with emphasis on temperament, muscle and conformation. We are producing bulls which suit both commercial and stud clients. We fully vaccinate, semen and service test, muscle scan and inspect all sale bulls which are sold with a three year guarantee.

Potawa was established in 2002 with buying the Woolstons ‘Misty Moor’ Stud. Since then Potawa has added cattle from all over the country including the bulk of the LeeAnne Stud from Northland. Andrew is the third generation to farm Potawa, a ballot farm broken in by his grandfather in 1909, 5kms west of Piopio in the King Country.

120 cows and heifers were calved this season.

Potawa consists of 640 ha of rolling country with some steeper river valleys. A feature of the farm are the limestone outcrops and native bush.